This forum is for open discussion of all things related to Magic: The Gathering by players in the Greater Boston Area.

You are not connected. Please login or register

A little bit of theory

A little bit of theory

I was talking to a friend and got to thinking a little about how various constructed decks operate and the similarities between them. Essentially, I think the vast majority of constructed decks fall into five major "super-archetypes." In other words, most constructed decks follow one of five major game plans. There are some exceptions, Faeries is a good example, but I think these are still useful tools to identify the general principles under which a deck operates. I have not included Prison decks in this archetype list (although they exist), because Wizards has decided to basically not forward them as an archtype, which relegates them to Eternal formats.

The super-archtypes are as follows:

1) Sligh - Sligh seeks to utilize a consistent mana curve to apply fast, unrelenting pressure to the opponent in the early stages of the game. It does not sacrifice everything for speed, however, as Sligh cares about not only being able to initiate pressure, but also maintain it. Sligh frequently has burn to finish an opponent off should the creature rush fail, but not always. Examples within the Sligh super-archetype are modern Extended Zoo and various White Weenie decks.

3) The Deck - The Deck is the archetypal permission deck. The Deck utilizes permission and card drawing to control the flow of the game while keeping the board clean with things like sweepers, spot removal, and bounce. The Deck seeks to achieve a game state where it has sufficient control of the game to deploy one of its few threats and protect it. Normally these threats will win the game by themselves. Modern examples of this super-archetype include Extended Teachings and standard UW Control.

5) The Rock - Rock decks seek to generate incremental advantages. They do this by attacking from a variety of directions, frequently mixing discard, removal, and creatures with useful abilities. Rock decks seek to use a high threat density and card quality to generate large numbers of slightly profitable exchanges. These exchanges add up to a game state where the Rock player is able to overwhelm an opponent who has had their defenses whittled down slowly. Rock decks seek to fight a battle of attrition with their opponent, and are typically well equipped to do so, frequently presenting difficult to answer threats along with the ability to recur previously answered threats. Modern examples of this archetype are Jund and Junk.

Combo is left off because each combo deck is unique in and of itself. Each has a specific linear mechanism by which it operates, and thus it is difficult to generalize combo strategies. Combo strategies like Storm and Reanimator come and go with time. The cards may change, but the mechanism remains constant.

isn't this just a more elaborate version of the Aggro/MidRange/Control archetypes?

Shrug. I don't see why it matters what we call stuff. I guess maybe it can help you guide card choices if you're building from scratch, but you usually aren't in the modern world.
jdoucette24 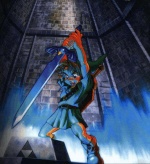 i think you are either aggro (zoo), combo (TEPS), control (the deck), or midrange (rock). some decks blur the lines but even faeries is a control deck at its core.
Conelead

The thing is, the terms "aggro," "control," and "midrange" are too broad and general. They do not define the approach and methodology a deck uses, which is, I feel, useful in guiding card choices (for tweaking, which everyone does) and for determining sideboard tactics. I have used a similar framework in the past (although unconsciously) and I believe it helps with overboarding, which is an issue that I run into at times.
Winterhalter

Meh, O.K., but I tend to think in terms of individual cards when making tweaks/sideboard decisions anyway - i.e. I already do this stuff intuitively, so modeling it doesn't help me. It's true that a lot of people build sideboards that are random/bad in that they don't take into account their role, and thus the cards they want to take OUT (by far the most important thing in sideboarding).
Conelead

Yeah... I think it is important to understand the strategic space each of your cards occupies within the framework of both the deck itself and the matchup you are playing. I believe this model helps with that.
Chris 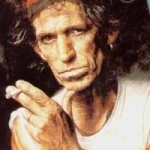 Understanding the strategic space to make better decisions is one thing but I believe these descriptions still don't get to the core of what makes these strategies tick, and encourage some faulty logic in deck design, specifically dividing mid-range decks into categories implies that there are and should be various mid-range approaches.

I would argue that any "fair" i.e. non-combo deck should be doing one of two things. Generating card advantage, or reducing your opponents life total to 0 as fast as possible.

Faeries is an interesting exception to the rule. The synergy and flash allow for a very high power level in the deck that can both react and get more aggressive than any other deck in the game’s history, it was not a true control deck and some of the decks best players would often get far more aggressive with the deck than your typical player. Someone like PV or Sam black would often be extremely aggressive with the deck, treating as a true agro deck.

Card advantage is obviosuly not a perfect way to think about the game either though. An unknown card about to be drawn can very in value in a wide range depennding on the phase of the game, and the power level of the card. Zac Hill’s articles on interaction advantage are a very intersting way of trying to normalize the values of card drawing, early and late game power levels, but I’m not sure we’ve found a way to use that thinkign in a meaningful way in deck construction, or even assign better values to cards.
Conelead

Chris wrote:I would argue that any "fair" i.e. non-combo deck should be doing one of two things. Generating card advantage, or reducing your opponents life total to 0 as fast as possible.

Are we going to add that the objectives of all decks is to "win the game?" This is fairly obvious and I seriously don't think it says anything. What I am trying to get at is the individual methodology behind each superarchetype, which I think is useful, and your model does not elaborate on to any extent. Anyway, I will elaborate on this more later. I am in the middle of doing lots of midterms.
JohnJackson 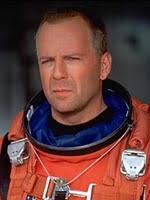 I'm going to have to chime in and say that the definitions in the original post really just sound like aggro, burn, control, aggro-control, and midrange. I don't think this is covering much new ground, but rather renaming things that are already out there. No matter what you call them, you need to figure out which place your deck is occupying in a matchup and what your plan is with the various other superarchetypes (I like this term). For example, an aggro deck realizing it can't beat rock through creatures and sliding more toward the burn end of things where it is willing to give up on trying to keep card advantage just to reduce the opponent to 0 as fast as possible.

I do think that you can probably put most combo decks into one of the categories, though. Combo decks like hypergenesis, dredge, and storm decks are really just blitz decks that focus on a resource other than life. They only interact with their opponent minimally and are trying to accumulate enough of a resource to win. Others like sanity grinding, living end, etc. slide more into the control role where they keep a handle on the board and/or the stack and then resolve what amounts to a game-ending threat. You don't see much midrange combo, but there have been a few historical examples (project X springs to mind).
Conelead

I suppose this stems from our differing definitions of what is "aggro." I define aggro as non-combo decks that are designed to pro-actively seek victory through some condition. For example, to me, Turbo-fog is aggro-combo.